Posted by Richard Edwards at 11:08 No comments:

Posted by Richard Edwards at 12:33 No comments:

#ABACBS Poster P27: Genetic Characterisation of the Evolution of a Novel Metabolic Function in Yeast 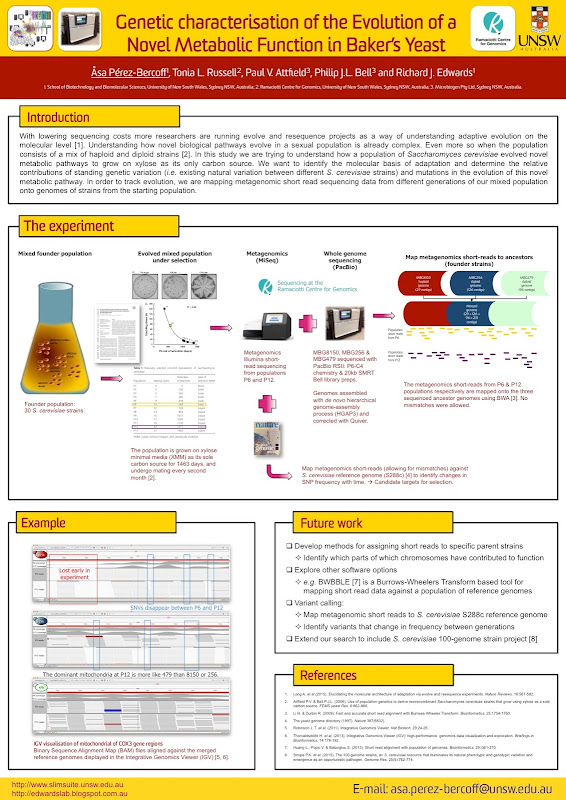 We have a unique opportunity to study how new biological pathways have evolved to produce a yeast with a novel metabolic activity. Thirty-seven Saccharomyces cerevisiae strains were grown as a mixed population, and adapted on a specific media for 1463 days, undergoing sexual mating every two months. As a pilot study, three of the ancestral strains from the starting population, including two diploids, were selected for new PacBio RSII long-read single molecule real time (SMRT) sequencing at the Ramaciotti Centre for Genomics. High quality complete genomes were assembled de novo using the hierarchical genome-assembly process (HGAP3) using only PacBio non-hybrid long-read SMRT sequencing data, and corrected using Quiver. In addition, we have shotgun metagenomic Illumina data from a population exhibiting early adaptation to growth on the selective media. We are developing methods to map these short-read data onto several high quality ancestral genomes in order to estimate the relative contribution of each ancestor’s genetic variation to the evolved population, and identify possible sites of recombination. In addition, metagenomic data is being mapped against the official S. cerevisiae reference strain S288c to conduct variant calling to identify single nucleotide polymorphisms (SNPs) that are not present in any of our ancestral or reference genomes. These will be compared to the publicly available “100 yeast genomes”, and partitioned into natural variation and candidates for novel mutations. By doing these comparisons we hope to elucidate how the population has evolved to acquire its novel characteristics.

Posted by Richard Edwards at 12:30 No comments: 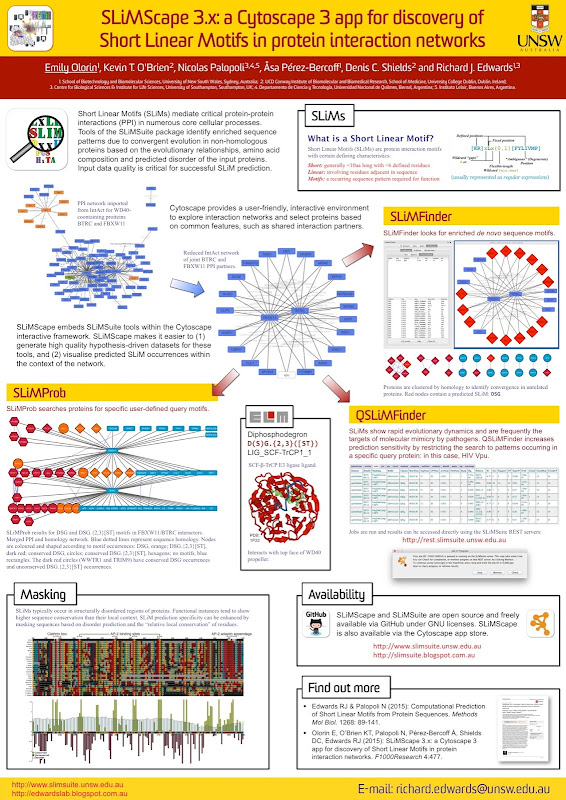 Short linear motifs (SLiMs) are small protein sequence patterns that mediate a large number of critical protein-protein interactions, involved in processes such as complex formation, signal transduction, localisation and stabilisation. SLiMs show rapid evolutionary dynamics and are frequently the targets of molecular mimicry by pathogens. Identifying enriched sequence patterns due to convergent evolution in non-homologous proteins has proven to be a successful strategy for computational SLiM prediction. Tools of the SLiMSuite package use this strategy, using a statistical model to identify SLiM enrichment based on the evolutionary relationships, amino acid composition and predicted disorder of the input proteins. The quality of input data is critical for successful SLiM prediction. Cytoscape provides a user-friendly, interactive environment to explore interaction networks and select proteins based on common features, such as shared interaction partners. SLiMScape embeds tools of the SLiMSuite package for de novo SLiM discovery (SLiMFinder and QSLiMFinder) and identifying occurrences/enrichment of known SLiMs (SLiMProb) within this interactive framework. SLiMScape makes it easier to (1) generate high quality hypothesis-driven datasets for these tools, and (2) visualise predicted SLiM occurrences within the context of the network. To generate new predictions, users can select nodes from a protein network or provide a set of Uniprot identifiers. SLiMProb also requires additional query motif input. Jobs are then run remotely on the SLiMSuite server (http://rest.slimsuite.unsw.edu.au) for subsequent retrieval and visualisation. SLiMScape can also be used to retrieve and visualise results from jobs run directly on the server. 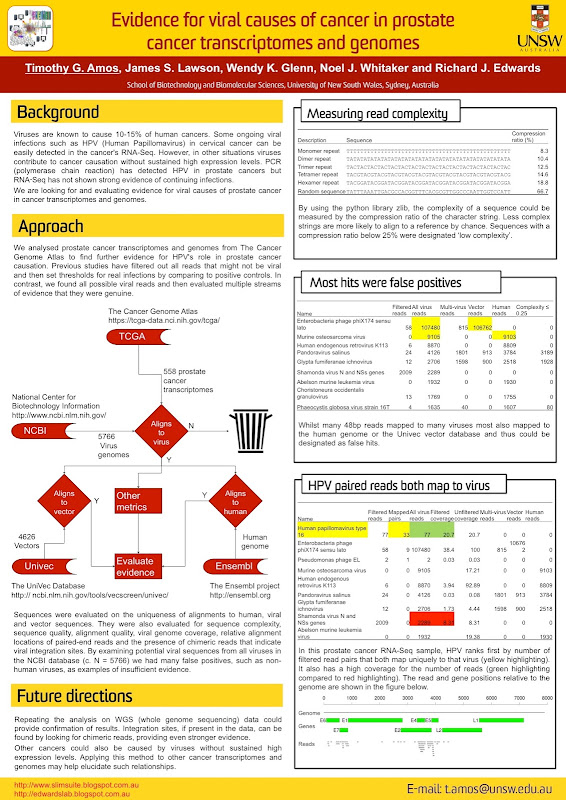 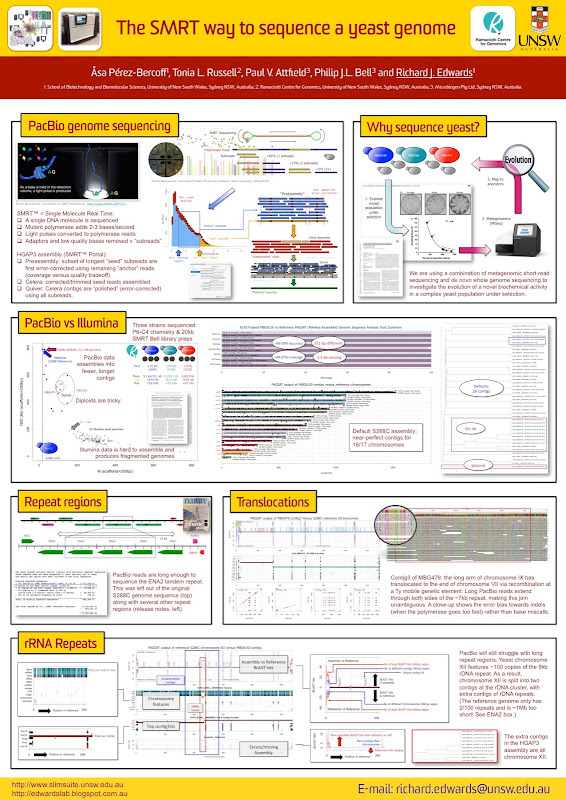