Transcript- and annotation-guided genome assembly of the European starling 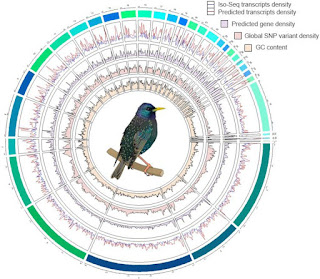 Our starling genome paper is now available as a pre-print on bioRxiv! This was some great work by PhD student, Kat Stuart. Kat assembled a new Australian starling genome, using a combination of linked reads, low coverage long reads, and long-read PacBio iso-seq transcriptomics data. A second Illumina assembly of a North American group is also presented. As we saw with our Basenji genome paper, having two (or more) genomes from a species can be really useful for disentangling real difference from assembly artefacts. (No assembly is perfect!)

This paper is a great example of how a bit of TLC and imagination can get the most out of data produced with a limited budget. We were unable to get deep long-read sequencing this time, but instead show the additional power that long-read full-length transcriptome data can provide in assembling a genome - above and beyond the annotation.

This paper also officially describes a couple of genomics tools from the lab BUSCOMP has been in the works for some time, and this paper updates previous results to BUSCO v5 analysis and confirms our previous snake results using starling-derived test data. BUSCO is a powerful and popular tool that estimates genome completeness using gene prediction and curated models of single-copy protein orthologues. However, we demonstrate how results can be counterintuitive: adding/removing scaffolds can alter BUSCO predictions elsewhere in the assembly, while low sequence quality may reduce “completeness” scores and miss genes that are present in the assembly. BUSCOMP (BUSCO Compilation and Comparison) (https://github.com/slimsuite/buscomp) complements BUSCO to identify/overcome these issues by compiling a non-redundant set of the highest-scoring single-copy BUSCO complete sequences and re-searching these against assemblies for consistent completness scoring. SAAGA (https://github.com/slimsuite/saaga) is a new tool for annotation versus reference proteome comparisons. SAAGA can compare different annotations of the same assembly, or be combined with a lightweight annotation tool like GeMoMa to compare different assemblies of the same organism. 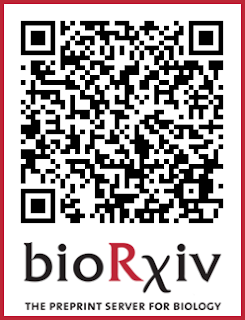 Posted by Richard Edwards at 09:33