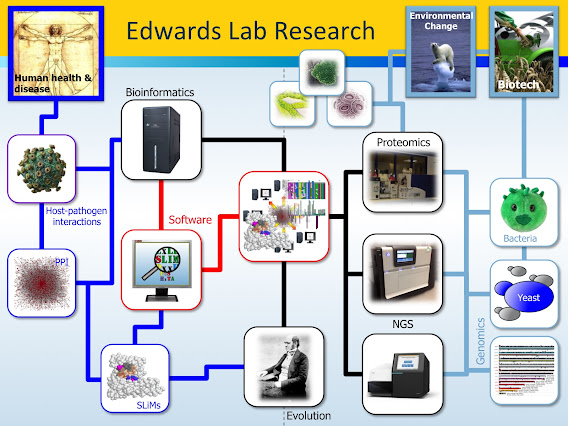 Research interests in the Edwards lab stem from a fascination with the molecular basis of evolutionary change and how we can harness the genetic sequence patterns left behind to make useful predictions about contemporary biological systems.

A new and exciting area of research in the lab is functional genomics with PacBio long-read sequencing. We are collaborating with industrial and academic partners to de novo sequence, assemble, annotate and interrogate the genomes of a selection of microbes with interesting metabolic abilities.

Posted by Richard Edwards at 08:40