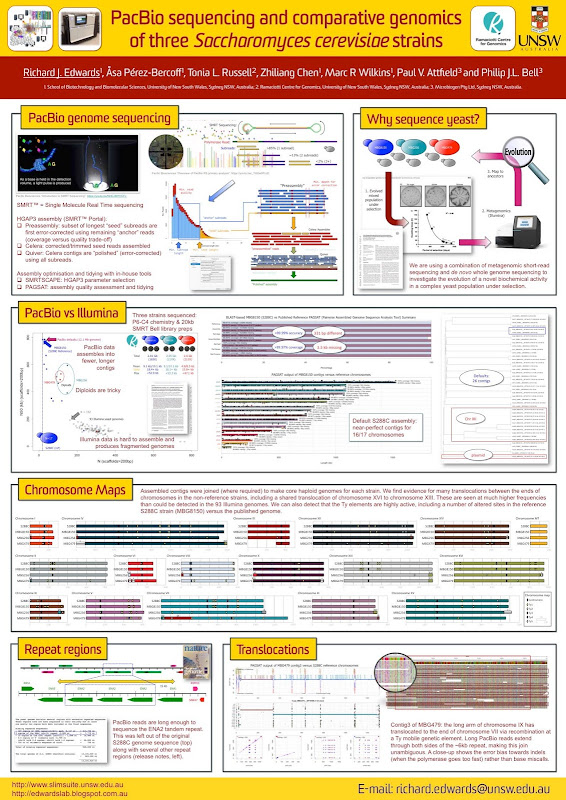 We are using the S288C data to explore performance in comparison to the published genome as a reference. An initial assembly of S288C yielded over 99.97% genome coverage at 99.99% accuracy on only 26 contigs, with 16/17 reference chromosomes (16 nuclear chromosomes plus mitochondrion) essentially returned as a single, complete contig. The long reads enable accurate reconstruction of tandemly repeated genes (except >900kb of rRNA repeats), transposition and chromosomal translocations. We are now using the S288C data to optimise the assembly process and derive assembly settings for the two novel diploid strains. To this end, we have developed a new pipeline for the comparative assessment of high quality whole genomes against a reference, which we are now adapting for the additional challenge of appropriately handling diploid data.

Posted by Richard Edwards at 19:00